The NCPLab Short Play Festival is the culmination of New City Players’ monthly gathering of writers and actors. Participants submit new short plays, actors read them, and the writers see how their words sound! Join us to see a diverse group of the best short plays produced shooting on-location quickly or what is called - guerilla style! Learn more about NCP - New City Players here.

This is a 3-show run that will go February 10th through the 12th.

The schedule of events is:

Drinks will also be available for purchase at the event.

Each show will be the same performance of 6 locally written short plays that reflect our community:

Dogs sometimes sense attraction before their owners do.

A man and the android he built face the mystery of the end together.

Three young women confess all to get out of limbo!

Below is a recap of last year's festival: 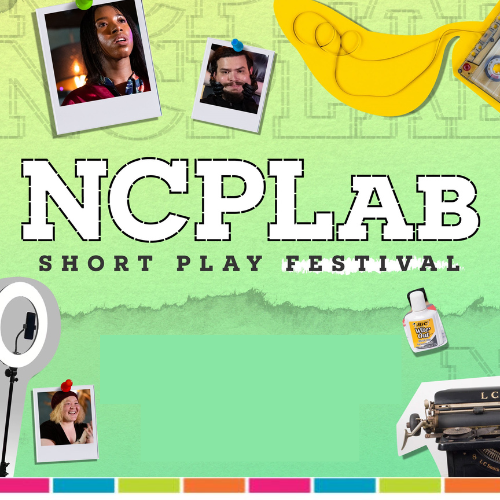