A Day of FLiFF featuring DREAMER

“Dreamer” tells the true stories of six big dreamers and innovative thinkers who turned their dreams into reality, impacting millions of people along the way. As told through sit-down interviews with a wide range of cast including Lisa Nichols, Peter Diamandis, Jim Kwik, Anousheh Ansari, Richard Branson, Seth Godin, Jessica Cox and Dean Kamen, among others, this film reinvigorates your belief in the human potential and will awaken the gifts of many dreamers that lay dormant—waiting to be discovered.

More than a groundbreaking film, “Dreamer” is a movement that has become a wildfire of inspiration spreading around the globe, awakening dreamers to their potential and supporting them to turn their visions into reality. Despite the naysayers and the voices calling you “crazy” or telling you to “be more realistic,” this film will give any viewer the courage and confidence to put their visions of a bigger and better future into action. 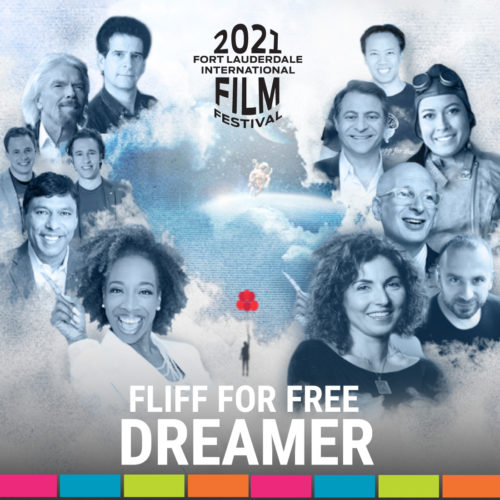