CAMOUFLAGE: Patterns of Disruption presents a group of diverse artists that symbolically utilize the language of “camouflage” via bold amalgamations of prints, patterns, textiles, and maximalist aesthetics in order to challenge perception.

Camouflage has commonly been used for self-protection and concealment through the manipulation and disguising of materials, patterns, and coloration. Similarly, these artists have played with the relationship between figure and ground, creating divergent combinations and complex compositions. Their subjects may at first be overlooked amongst visually overwhelming settings. Rather than try to blend in, they transcend adverse environments and actively assert their presence.

Through the mediums of photography, fiber art, collage, and assemblage, the work brings visibility to those who have been marginalized because of their race, gender, or societal non-conformity. 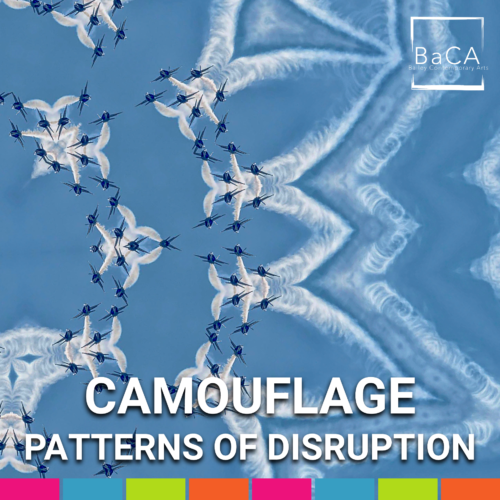