This two-day world-class jazz festival will feature a robust lineup of performers – from local legends to Grammy, Emmy and Tony Award-winning jazz masters – including a beach opening night concert and all-day and evening concerts at the Pompano Beach Cultural Center.

Starting on Friday, April 15, our opening night headliner, Arturo Sandoval, will perform at The Great Lawn on the beach, with Master of Ceremonies Grammy Award Winner Nestor Torres with special guest NYC vocalist Ashley Pezzotti, with both VIP and free seating available. This opening concert, nestled in between restaurants, shops, and stunning ocean views, will be memorable.

On Saturday, April 16, at the Pompano Beach Cultural Center, you will enjoy a full day of outstanding seasoned and emerging Jazz artists on the Arts Plaza, culminating inside the theater at 8 pm with our second night headliner, Cécile McLorin Salvant hosted by Tamara G of 101 Lite FM.

The festival experiences will include four stages, up-close-and-personal performances, opportunities to meet the artists, food trucks, and festival vendors. This jazz festival will deliver an outstanding event featuring great music for the jazz enthusiast and casual fan alike.

The lineup features an eclectic and diverse cast of Grammy, Emmy and Tony Award-winners, burgeoning jazz superstars and a slew of South Florida’s finest talent. There's something for everyone at the immersive “jazz takeover” of Pompano Beach in April.

JAZZ FEST SCHEDULE AT A GLANCE

Arturo Sandoval is a 2013 Presidential Medal of Freedom recipient, 10-time Grammy® Award-Winner, Emmy® Award recipient and six-time Billboard award winner. A protégé of the legendary jazz master Dizzy Gillespie, Sandoval was born in Artemisa, a small town in the outskirts of Havana, Cuba. Sandoval began studying classical trumpet at the age of twelve, but it didn’t take him long to catch the excitement of the jazz world. He has since evolved into one of the world’s most acknowledged guardians of jazz trumpet and flugelhorn, as well as a renowned classical artist, pianist and composer.

Cécile McLorin Salvant, is a composer, singer, and visual artist. The late Jessye Norman described Salvant as“a unique voice supported by an intelligence and full-fledged musicality, which light up every note she sings”. Salvant has developed a passion for storytelling and finding the connections between vaudeville, blues, folk traditions from around the world, theater, jazz, and baroque music. Salvant is an eclectic curator, unearthing rarely recorded, forgotten songs with strong narratives, interesting power dynamics, unexpected twists, and humor. Salvant won the Thelonious Monk competition in 2010. She has received Grammy Awards for Best Jazz Vocal Album for her 3 latest albums, “The Window”, “Dreams and Daggers”, and “For One To Love”, and was nominated for the award in 2014 for her album “WomanChild”.
In 2020, Salvant received the MacArthur fellowship and the Doris Duke Artist Award.

Salvant received a bachelor’s in French law from the Université Pierre-Mendes France in Grenoble while also studying baroque music and jazz at the Darius Milhaud Music Conservatory in Aix-en-Provence, France.

Magela Herrera is an afro-Cuban flautist vocalist and composer who has toured worldwide developing a unique timbre, phrasing technique, rhythm and melodic skills on the flute. She has also evolved as a pianist, vocalist, arranger and composer leading her own projects. Today Magela Herrera is considered one of Cuba's leading flute players in jazz and popular music scene. Often praised for her unique background from Latin Jazz, European jazz, and Afro-Cuban music traditions, she was a member of the renowned band Mezcla, one of the most famous Cuba's leading jazz & fusion ensembles

A vital force and emergent legend within both the hardcore straight ahead and Latin Jazz communities, Grammy© Award Winner Brian Lynch is as comfortable negotiating the complexities of clave with Afro-Caribbean pioneer Eddie Palmieri as he is swinging through advanced harmony with bebop maestro Phil Woods. A honored graduate of two of the jazz world’s most distinguished academies, Art Blakey and the Jazz Messengers and the Horace Silver Quintet, he has been a valued collaborator with jazz artists such as Benny Golson, Toshiko Akiyoshi, and Charles McPherson; Latin music icons as diverse as Hector LaVoe and Lila Downs; and pop luminaries such as Prince. As a bandleader and recording artist he has released 19 critically acclaimed CDs featuring his distinctive composing and arranging, and toured the world with various ensembles reflecting the wide sweep of his music. He currently is Professor of Jazz Trumpet at the Frost School Of Music, University of Miami as well as conducting clinics, residencies and workshops at prestigious institutions of learning the world over.

Ashley continued to study music throughout high school and attended Miami Arts Charter School, a visual and performing arts magnet school. In her time there, she was 1 of 8 vocalists in the nation selected to participate in the GRAMMY Jazz Ensembles (in 2013 and again in 2014) where she was given the opportunity to perform at the Official Grammy After Party, the Official Grammy Nominee party, and the American Country Awards on national television.

Sammy Figueroa has long been regarded as one of the world's great musicians. As one of the music's leading percussionists he has played on countless records and is well-known for his versatility in a multitude of musical styles. Besides playing with some of the world's greatest pop stars, such as David Bowie, Chaka Khan and Mariah Carey, Sammy has also played with a multitude of distinguished jazz artists including Miles Davis, Sonny Rollins, Quincy Jones, George Benson, and many, many more.

When Sammy plays percussion he tells a story, creating a playful conversation with other musicians and taking the listener on a musical journey . As one of the world's greatest congueros he is currently considered to be the most likely candidate to inherit the mantles of Mongo Santamaria and Ray Barretto.

The Student Stage is under the direction of Grammy Award-winning professor Dr. Ed Calle with his exceptional students from Miami Dade College

Saxophonist, composer, orchestrator, producer, scholar, professor, and leader Ed Calle is known for his extraordinary ability to sight-read, interpret, and perform virtually any musical style. Throughout the globe, his peers and colleagues often laud his versatility.

Born in Caracas, Venezuela, it was obvious from the very start that Ed was a gifted musician whose energetic, passionate, and distinct sound captured the attention of audiences and musicians alike. Calle can be heard on more than 1,200 albums, about 9,000 singles, and countless movie and television soundtracks both as a soloist, sideman, composer, arranger, conductor, and producer. He appears on Grammy® Award-winning albums by Frank Sinatra, Juan Luis Guerra, Arturo Sandoval, Juanes, Vicky Carr, Gloria Estefan, and Jon Secada.

RSVP is required, bring your chair! When you arrive, visit the Registration Booth with your electronic ticket and you will receive your wrist band.

The world-renowned Grammy and Emmy award -winning jazz trumpeter, pianist and composer will be bringing his cool vibes to The Great Lawn on Pompano Beach with a spectacular set of original music and homages to the iconic sounds of Charlie Parker, Dizzy Gillespie and Clifford Brown.

PRODUCED IN COLLABORATION WITH

This inaugural event is the creation of the City of Pompano Beach’s Cultural Affairs Department. The City is committed to developing Pompano Beach’s reputation as a cultural hub and an economic powerhouse.

When you become a sponsor of this signature event you will share in our vision to create an environment where arts, culture and community thrive. This is a rare opportunity to connect with the affluent jazz loving demographic and showcase your brand at the prime event locations which include the magnificently redeveloped beachfront and the stunning Pompano Beach Cultural Center.

This high-profile event will be promoted through a comprehensive marketing program which will include television, radio, digital, social media and print campaigns.

NOW IS THE TIME TO CONNECT WITH THIS KEY DEMOGRAPHIC

Download our sponsorship package and fill out the interest form or email us PBArtsInfo@copbfl.com

Find out about other cultural arts sponsorship opportunities. 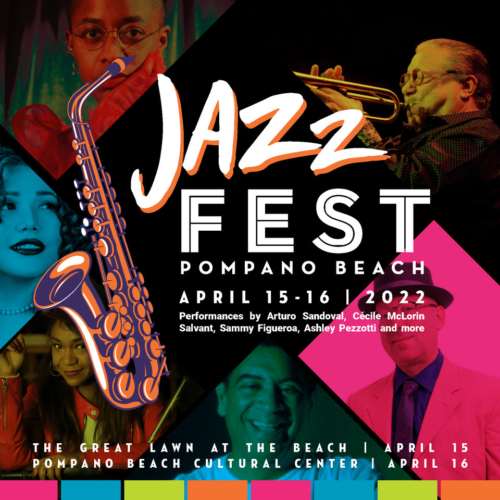 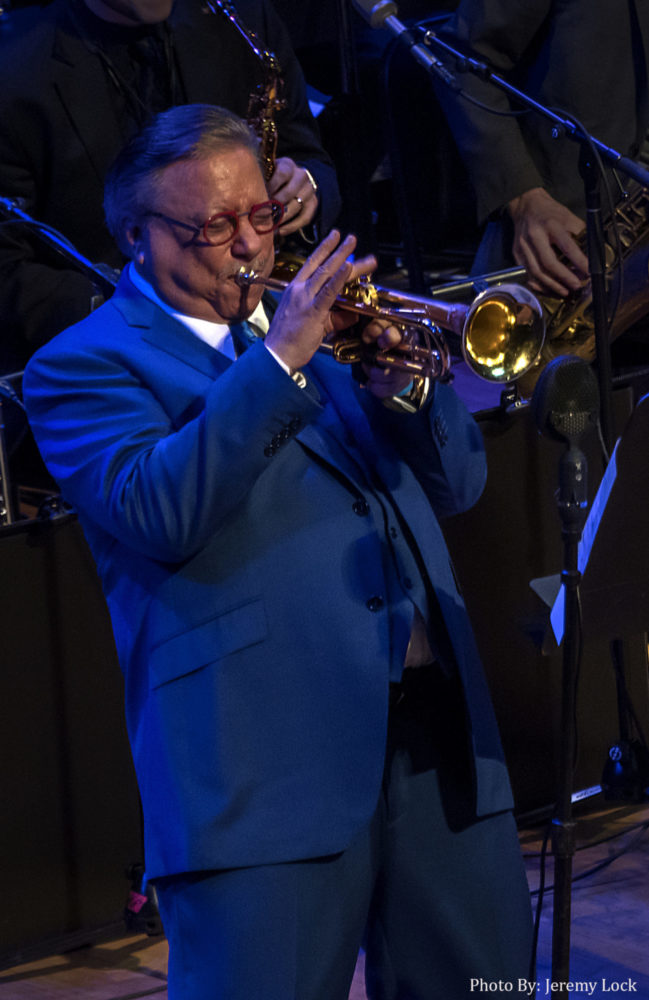 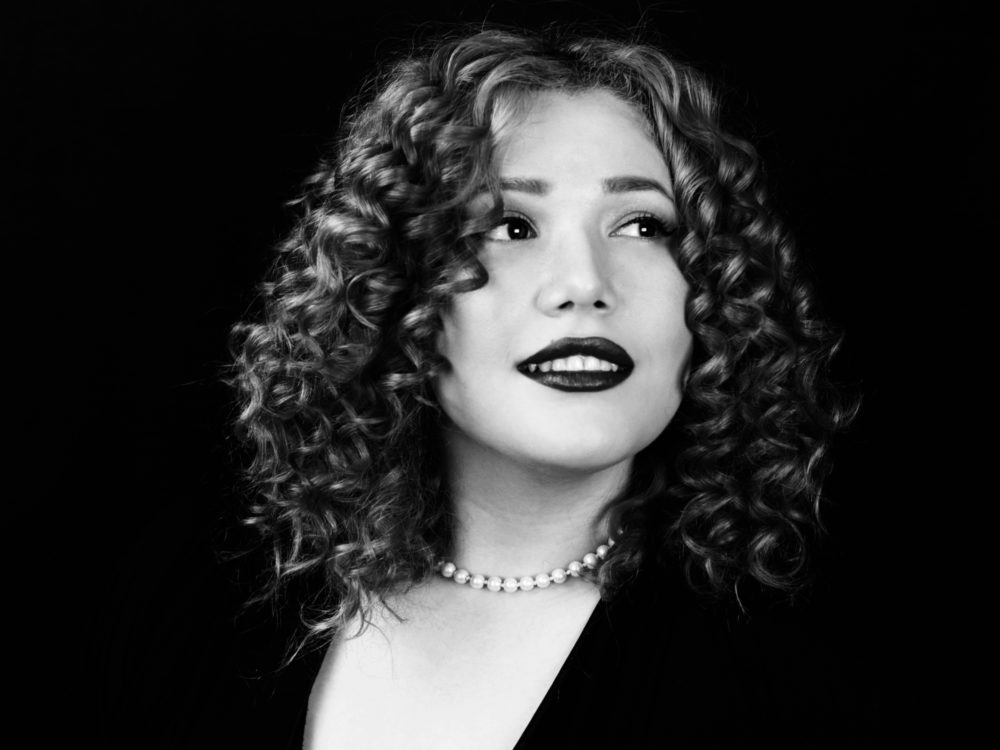 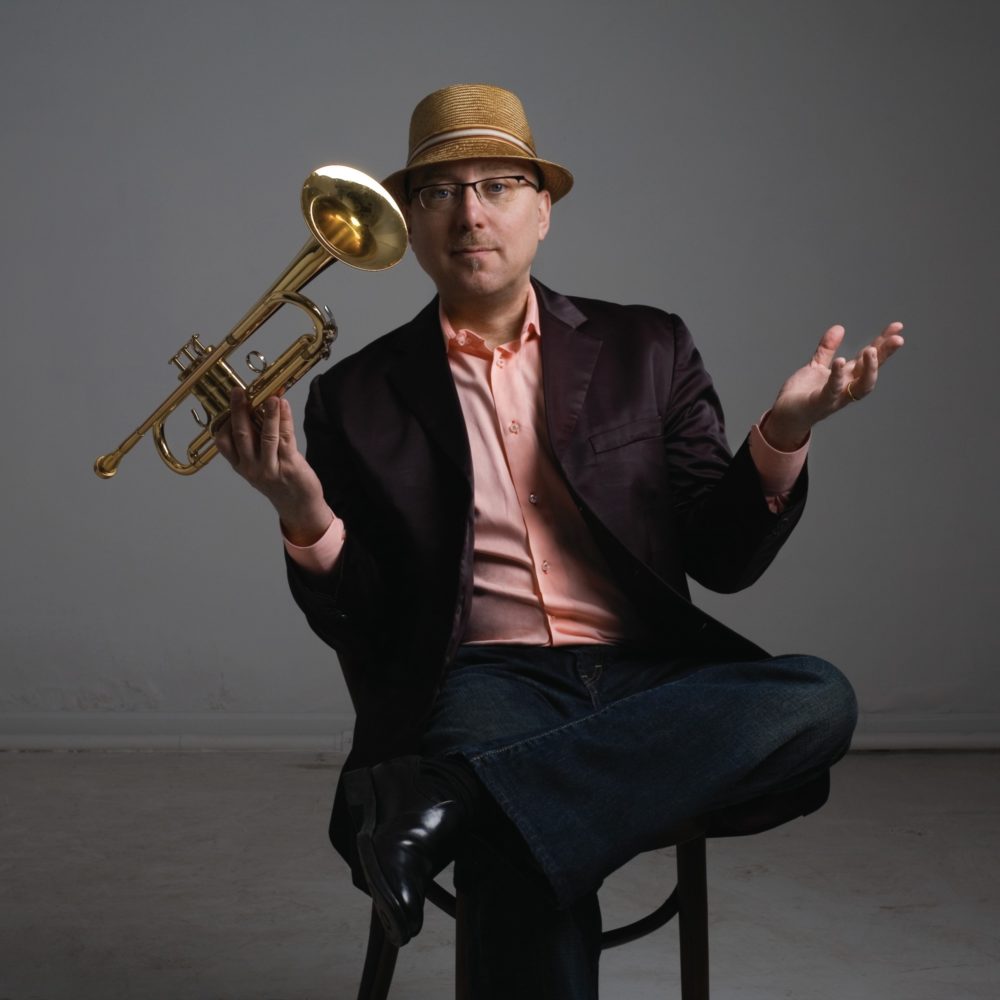 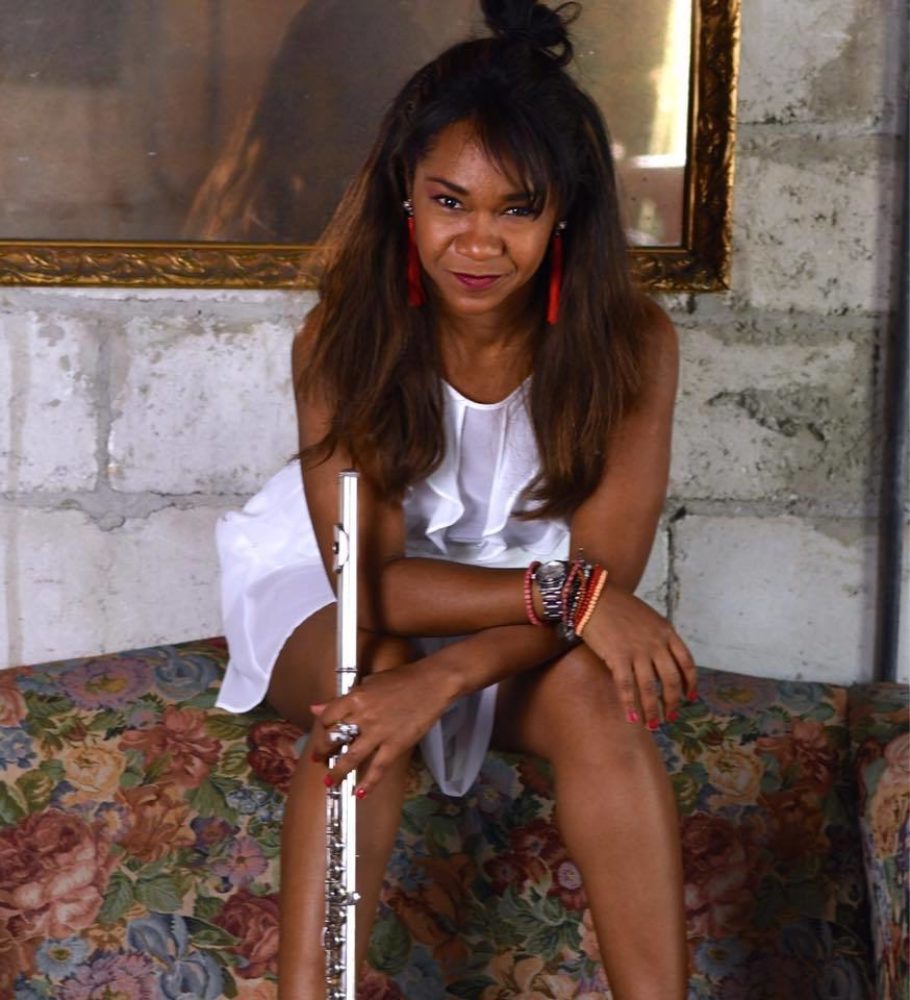 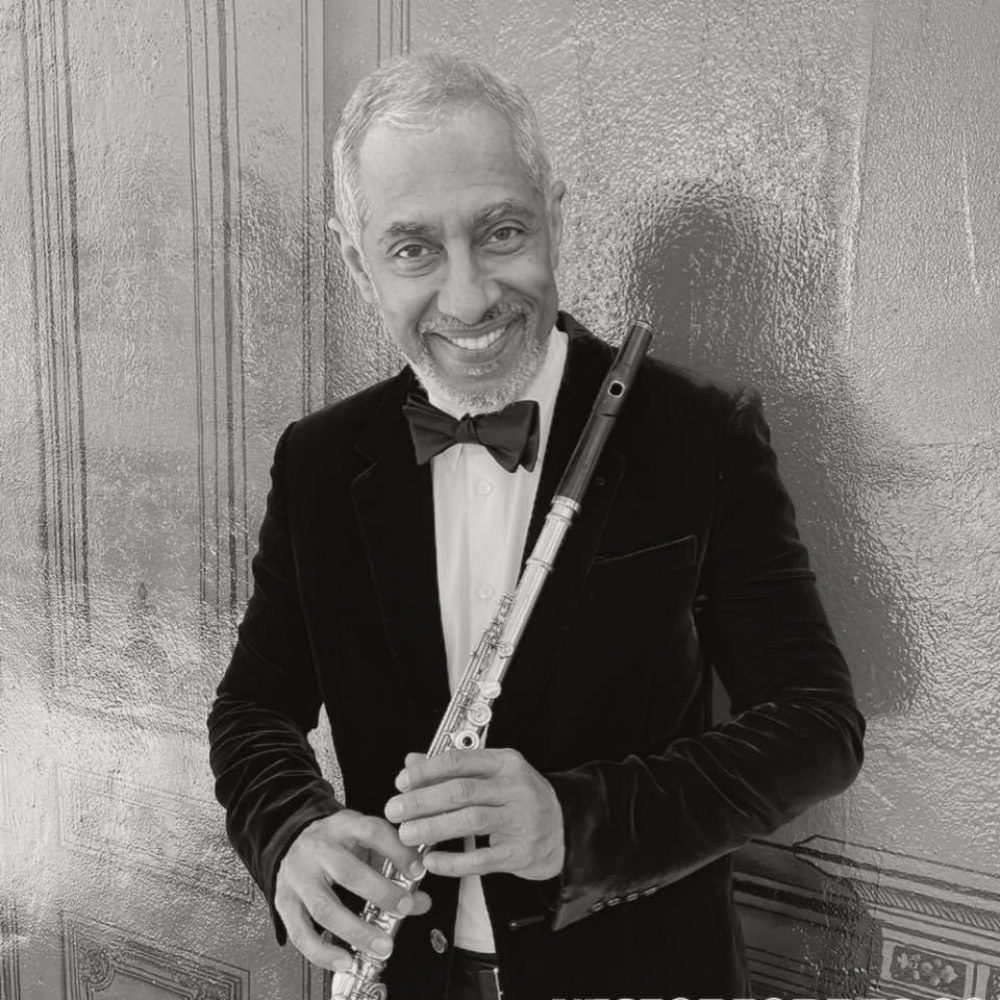 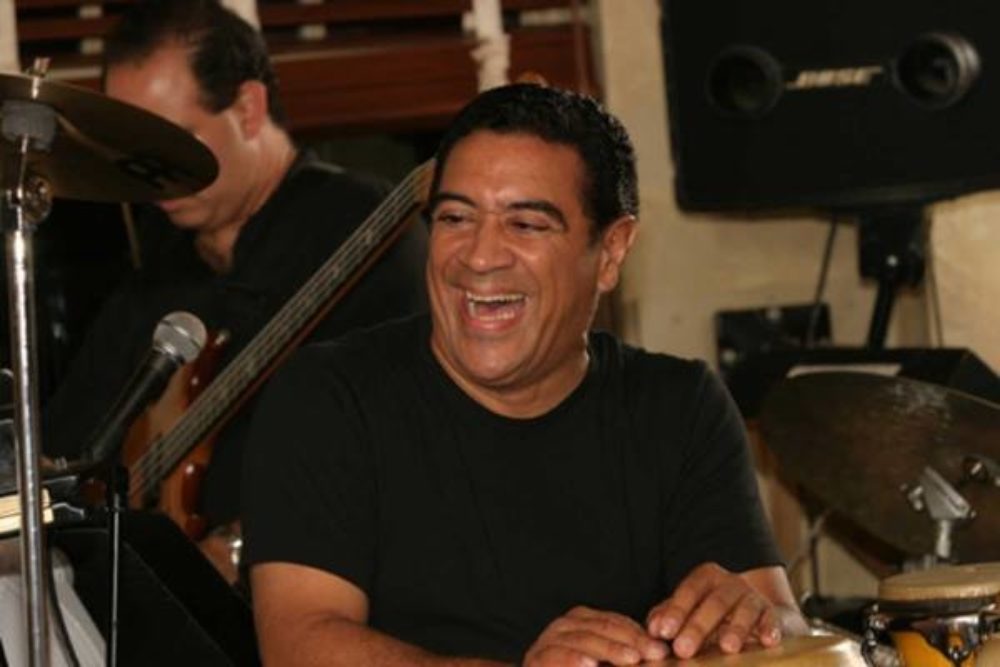 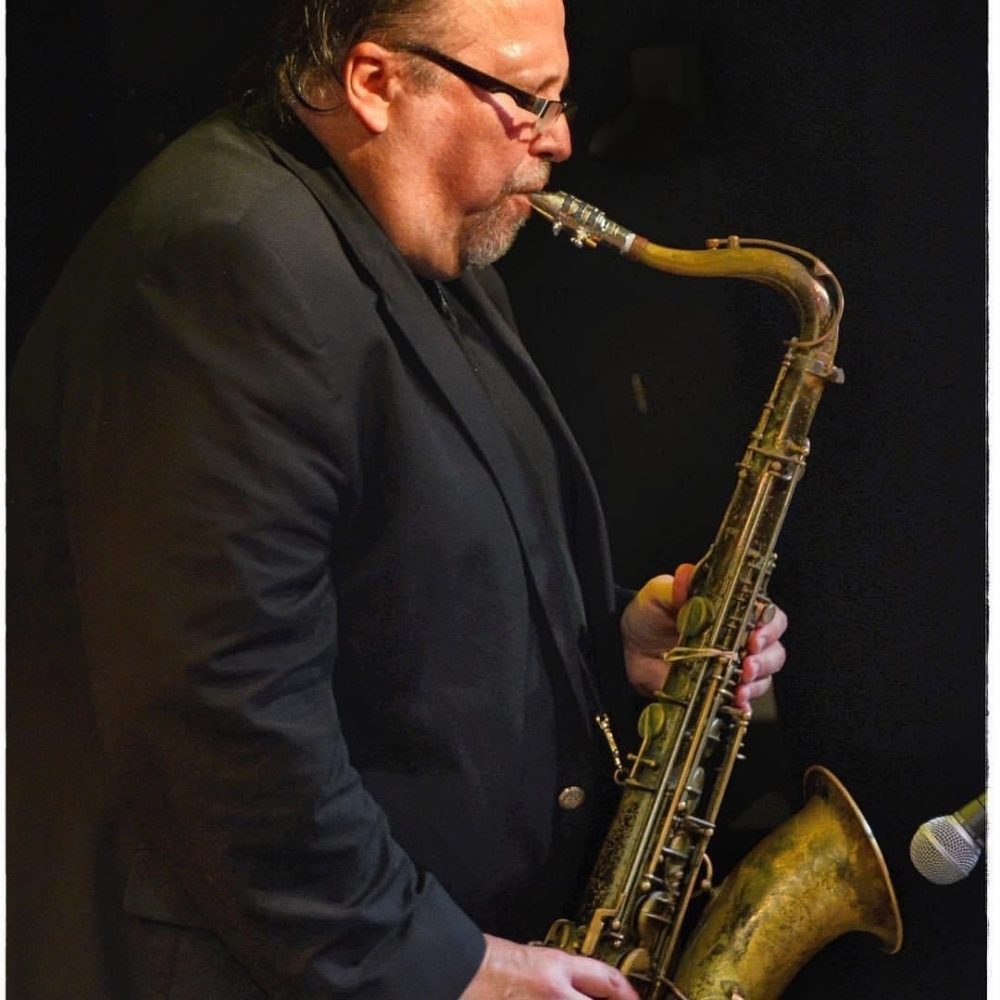